This website is supported by The Liberty Beacon project 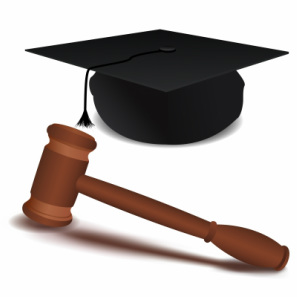 Parents of vaccine-injured children who are accused of “child abuse” or murder (i.e. “shaken baby syndrome”)

Researchers, doctors, students and academics who become aware of ethical conflicts or corruption within research centers, universities, hospitals and the pharmaceutical industry
Members of medical and scientific non-government organizations (NGOs)
OMSJ conducts due diligence investigations for donors who fund research grants and gifts

Under current reporting laws, when a child shows up to an emergency room with subdural hematomas and retinal hemorrhages there is an immediate referral to child protective services and a default diagnosis of Non-accidental Trauma (NAT) or Shaken Baby Syndrome (SBS).

If there are multiple witnesses, or one disinterested witness , the caregiver is not likely to be charged. If the history given at the hospital is that of a motor vehicle accident or a high fall, the case is unlikely to be charged. However, if the parent reports a short fall or some other event less likely to result in death, the case is quick to be charged as a “shaken baby case” and the child is not screened further for precipitating or contributing factors.

When looked at through the SBS lens, doctors see what may be precipitating or contributing factors (such as an old subdural, thrombotic disorder, or a tendency to bruise easy) as evidence of prior abuse. In actuality, these may be indicators of systemic problems or red flags for high-risk babies. The problem is, diagnosing in this manner allows these cases to be charged based on statistical probabilities: cases that are improbable are deemed child abuse.

Though it is less likely than other scenarios, and agreeably not the norm, children do sometimes die from falls of less than six feet. Therefore, to charge someone for child abuse, simply because it is a statistically improbable scenario or lacks corroboration, is a great misuse of probabilities to allocate justice. Charging these cases in this way, obscures the constitutional requirement of proof beyond a reasonable doubt and relies on the “reasonable suspicion” standards set for doctors by mandatory reporting laws.

One of the most frustrating things about defending a childhood head trauma case is that the theories on nonaccidental head injurieshave been developed in the void of any reliable scientific data. On one side of the controversy sit pediatricians and child abuse experts who were trained that babies do not suffer the degree of neurological damage seen in these cases, without force commensurate with that of a 2-3 story fall or a 35 mph unrestrained auto accident. On the other side of the debate are biomechanics experts, ophthalmologists, neuropathologists, neurosurgeons, neurologists and forensic pathologists who say some children can and do suffer these types of injuries from accidental traumas, short falls or systemic disorders.

Are there really more children who suffer abuse by violent shaking, or are there underlying illnesses or other possible explanations for the infant’s injuries and/or death? ﻿﻿

Our goal is to provide the defense attorney, medical expert, concerned family member or the falsely accused with a user-friendly look at the diagnosis and prosecution of cases involving allegations of Shaken Baby Syndrome. We have provided a tutorial on childhood head trauma, with glossaries and references to some of the best articles for fighting fiction with fact. We have now consulted on over 500 cases charged as “Shaken Baby Syndrome” (also called non-accidental trauma, abusive head trauma, and non-accidental head injury). It is our wish to disseminate information that will dispel some of the myths about childhood head trauma and to help to further accurate medical diagnosis and testimony in these cases.

We have handled cases of alleged Shaken Baby Syndrome starting in 1992, giving us some 16 years experience as of this writing.  Our first case involved a one year old who had a seizure and upon examination was found to have both old and new subdural hematomas along with retinal hemorrhages.  Our clients were British citizens and we retained a radiologist from England who persuaded us that this child likely had a spontaneous subdural earlier and a second spontaneous subdural superimposed upon the first.

We were able to have the case removed from our courts and transferred to England where a speedy reunification of the child with the family was arranged.  This case gave us a basic introduction to the field but did not give us cause to question the basic tenets of the Shaken Baby Syndrome theory.  That opportunity came later when we became involved in a juvenile court abuse proceeding alleging Shaken Baby Syndrome in a child with macrocephaly and external hydrocephalus.  Research for this case required that we delve deeply into the underlying science (or lack thereof) and the development of the Shaken Baby Syndrome theory in the medical and popular literature.

To our distress we discovered that not only was the Shaken Baby Syndrome theory developed without scientific foundation, it is falsified by what we view as the competent scientific research to date and is counter to some basic principles of physics and biomechanics.  Thus the Shaken Baby Syndrome theory appears to be another in a long line of failed medical diagnoses and theories that had plagued medical science throughout its history – from malaria being caused by bad (mal) air to stomach ulcers being caused by stress (most are caused by the bacterium Helicobacter pylori).
We feel strongly that here are hundreds of innocent persons serving lengthy prison terms based upon false Shaken Baby Syndrome convictions and many more, perhaps thousands, who have had their family relationships destroyed or permanently damaged.
Our recent article, A Critical Look at the Shaken Baby Syndrome, has been accepted for publication in the Journal of the Illinois bar association. Read the article. To read more http://bravosanddicola.com/shakenbaby.php

Much of what I say here may run counter to traditional legal advice and perhaps what many other attorneys may believe. That does not concern me. What does concern me is that I explain to you how and why I practice law that way that I do.

The practice of law is an honor and a privilege and never more so than when defending the innocent. The State can bring to bear has all of its resources: law enforcement, investigators, expert witnesses, laboratories, testing, and unlimited funds. The accused has only their lawyer and those professionals daring enough to be aligned with him or her.

Defending the innocent carries special responsibility. Our legal system is essentially a truth-seeking device. When it fails to find the truth, when it wrongly assesses the innocent as guilty, it fails of its essential purpose and the entire system suffers. For the individual the consequences are devastating: possible loss of liberty, loss of family, social stigma, and life-long emotional suffering.

I believe that the truth is at once your strongest shield and your sharpest sword. I believe innocent persons should act like innocent persons. Innocent persons do everything they can to demonstrate their innocence. For this reason, in the appropriate circumstances, I often agree to submit my clients to polygraphs and interviews with law enforcement. I encourage cooperation with investigators and again, when appropriate, encourage them to testify in their own defense.

Defending the innocent is fraught with pitfalls and knowing when and how to take these actions requires deep understanding of how those involved in the investigation and prosecution of offenses think, operate, and view the world. My understanding has developed over 30 years of experience in defending those whom I believe were falsely accused.

Michael Nott operates as a sole legal practitioner, offering legal service for his clients at a reasonable cost.  His primary focus is justice and the needs of the client.  Michael has a particular interest in medical evidence law and has experience in defending clients who have been accused of harming their children in a medical context, most usually in relation to ‘Munchausen by Proxy’ (Factitious Disorder Imposed Upon Another) and ‘shaken baby syndrome’.  However, his work is not limited to these two specific areas of medical theory.

Michael Nott practices in the child protection, criminal jurisdictions and family law, with a specific emphasis on medical and scientific evidence.  Whilst Michael is based in the Blue Mountains west of Sydney, he defends matters in regional and city centres across all states in Australia.  Michael can also be a consultant to overseas lawyers.


I’m a family law barrister specialising in cases about children and have been for over 25 years. I work for family members, Guardians & local authorities as an independent advocate in court.  I am usually instructed by solicitors but you can also instruct me directly through my chambers at 4 Brick Court. My office is in the Temple in London but I  travel all over London & the South-East for work & my arm can be twisted to go further.

I was one of the first family lawyers to have a website back in about 1999.  I enjoy sharing some of what I know through blogging and writing but it’s just me doing it around my day job, wildflower spotting, cycling, stroking the cat and the husband, feeding the cat and the husband etc so the coverage may seem a bit random (because it is) but it’s written with love and care and occasional bouts of outrage.


The Innocence Project - About Us: Other Projects

The Innocence Project is a national litigation and public policy organization dedicated to exonerating  wrongfully convicted individuals through DNA testing and reforming the criminal justice system to prevent future injustice.


I was admitted as a solicitor in 1994 and have been at Hodge Jones & Allen since 1997, becoming a partner in 2000. I specialise in common law dispute resolution, public law and contentious costs and my practice areas cover a wide range of civil litigation, including inquests, catastrophic/fatal injury claims, claims for birth defects caused by chemical or pharmaceutical exposure and criminal injury cases. I have particular expertise in cases involving acquired spinal cord injury or brain injury, injury caused by vaccines, organophosphates and defective pharmaceutical products under the Consumer Protection Act 1987.I have been appointed as an independent adjudicator for the Legal Aid Agency since 2000 and I am now a member of the Special Controls Review Panel, which makes decisions on funding high value cases and appeals to the Court of Appeal and Supreme Court.
Powered by